You are here: Home / Fitness Tips / How do you like your amla?

Try it in a macaron, a salad, or perhaps a delicious prawn bake with salted kokum

Kashyap starts his day with an amla shot — with fresh turmeric (which he brines) and aloe vera — as recommended by a friend’s grandmother. But it is the Delhi lockdown that’s given him a recipe he hopes to add to the menu of his Goa restaurants soon. “I wanted to make a prawn bake, but I didn’t have raw mango. So I tried amla, and the recipe was a winner; just full of flavours,” he says. A fresh, citrus take on butter garlic prawns, the grated amla soaks up the butter, chilli, and kokum from the marinade, imparting a unique tanginess that balances the dish well. “I will try this again with a fillet of red snapper or even whole baked potatoes,” he says. For vegetarians, mix grated amla, salt, and butter, and rub on to charred corn. “It’s healthy, fresh, and perfect for children who dislike eating the fruit by itself.” 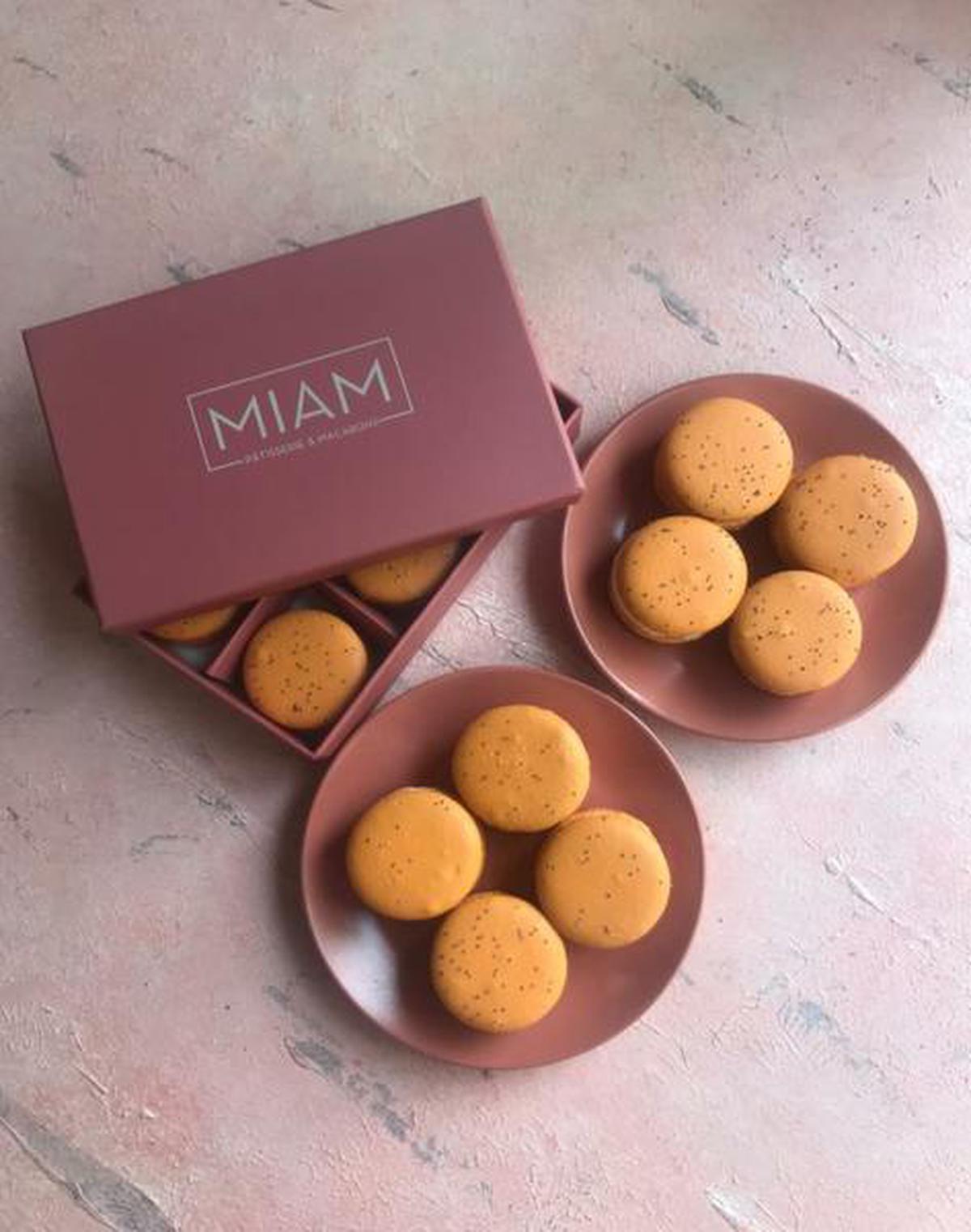 A few years ago, Nanda introduced the tart fruits at her patisserie as gooseberry pies. But they didn’t sell well. “I think it’s because many don’t like the fruit [and so didn’t want to experiment]. Or maybe they are too common — they don’t celebrate it as they would blueberries or strawberries.” However, in 2019, an order of gooseberry macarons for a wedding (which was also sent out as gifts) found favour. “I made gooseberry jam first, and then a butter cream with it. Its tanginess balanced out the sweetness of the macaron shells, and for some crunch, I sprinkled poppy seeds on top,” she says. Nanda, who is now concentrating on seasonal and local fruits — bringing down lemons and apples from her farm in Himachal, and blueberries from the hills — is planning to reintroduce gooseberries to the Miam menu. Macarons available on order. 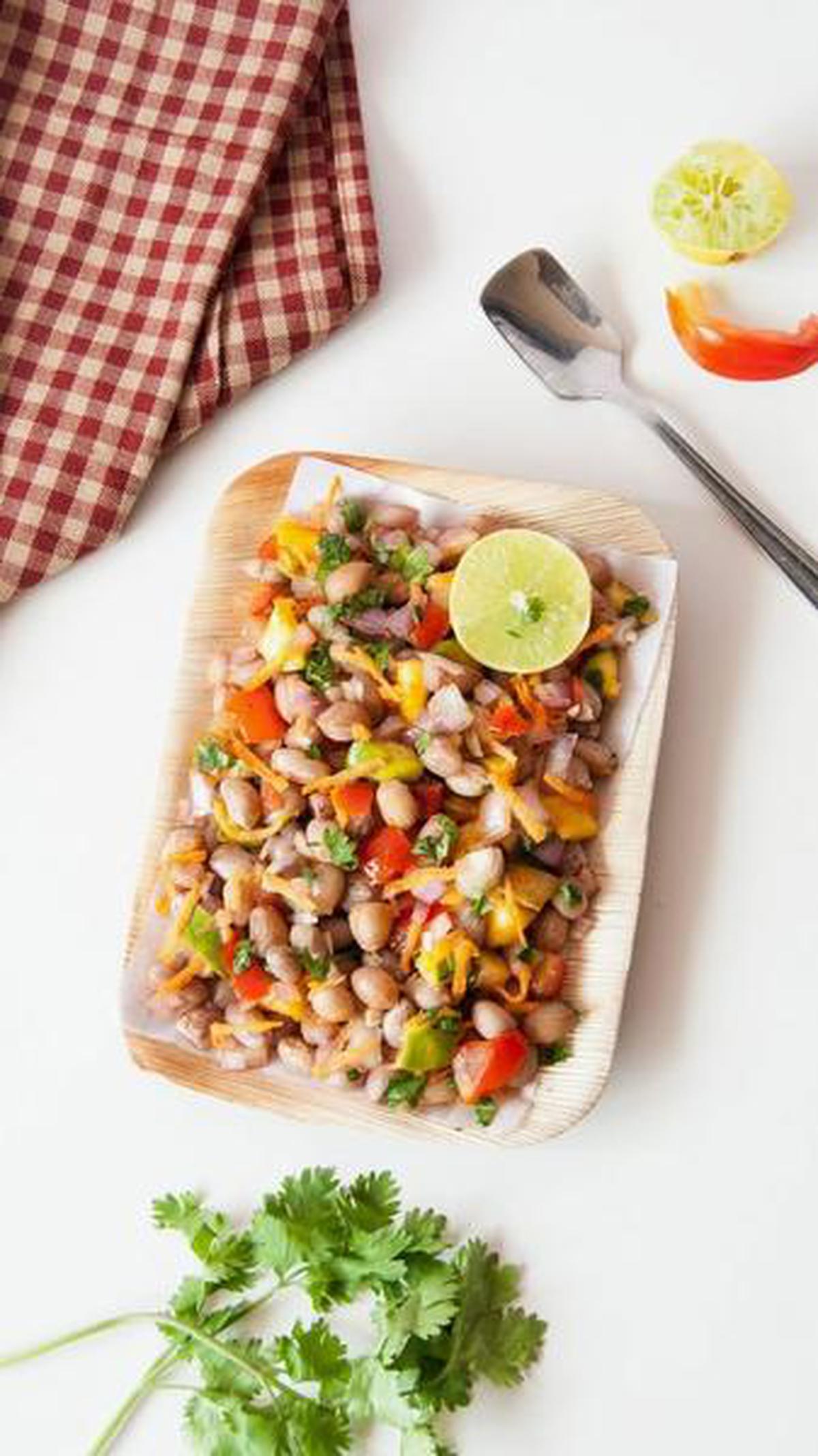 Amla features in most of Nahata’s smoothies. But at the whole food, plant-based resto cafe, it is her Desi Salad that’s the winner. “A simple, fresh, mixed Indian salad, I use boiled peanuts and channa, along with lashings of grated amla for tanginess, and lots of coconut, topped with a dry roasted tadka,” she says, adding that before they temporarily downed shutters recently, this was a popular home delivery order. 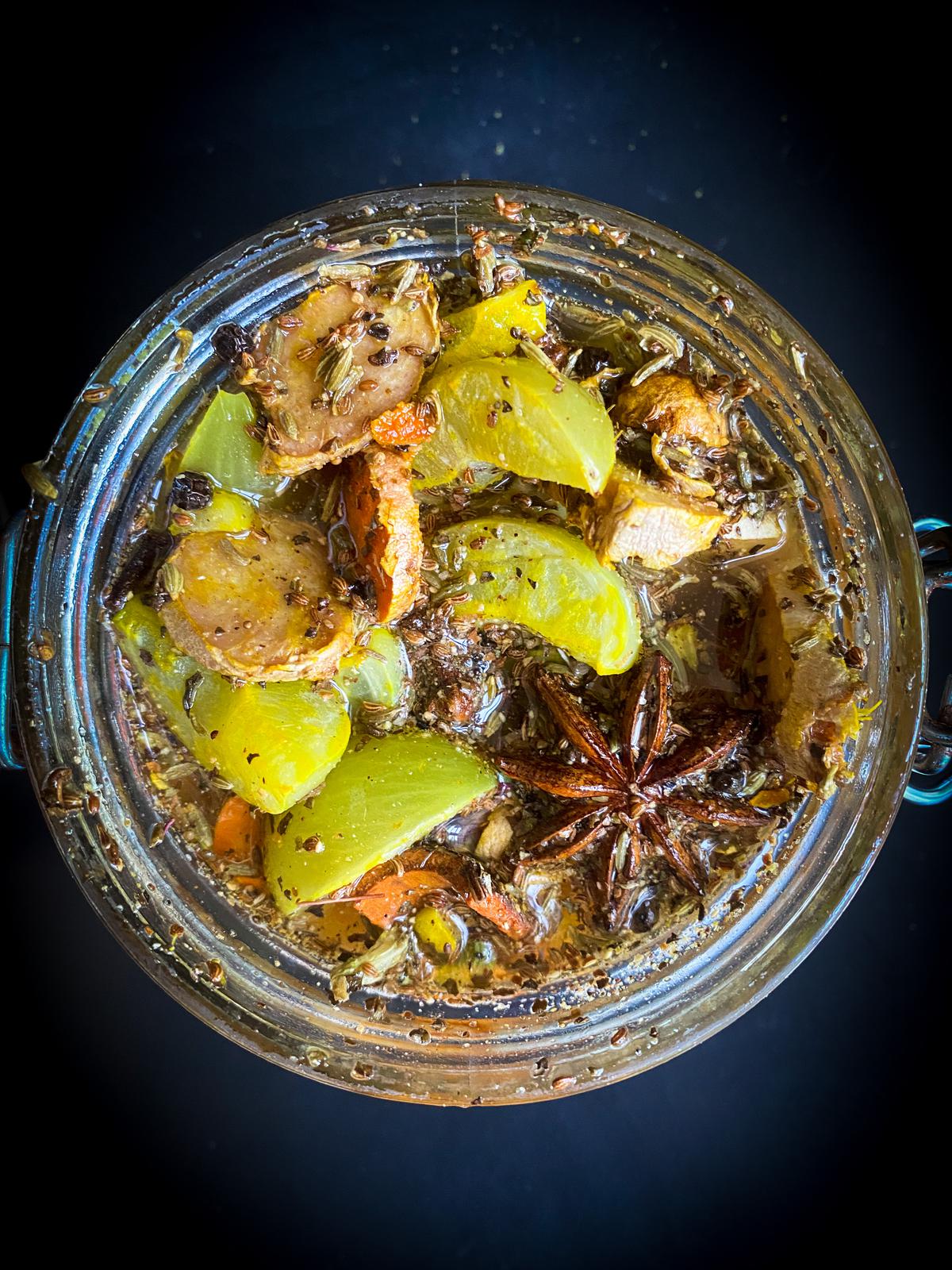 Shah calls herself a “shepherd of microbes”. Fermenting for the last 20 years, she now conducts workshops and consults for restaurants. And amla often pops up in her ferments. “I lacto-ferment gooseberries [this works for all vegetables and fruits], but I also add different spices and salts to it. For instance, I do one with jeera and black salt, which adds a sulphurous flavour that goes really well with amla,” says Shah. Fermentation makes nutrients more bioavailable (easier for the body to absorb it), and there are many ways you can incorporate it in your diet. “I recently made an amla kashayam — with lemongrass, ginger, turmeric and spices, fermented in honey. Sweet and sour, I have it with hot water. I also flavour my kombucha with it,” says Shah. Another favourite: dehydrate fermented gooseberries that she then uses in milk kefirs. “I also made gooseberry vinegar recently. Smooth with an acidic bite, it is very floral.”

DM @kobofermentary to sign up for Shah’s workshops. Starts from ₹2,500-₹3,000 for a three-hour session. Gooseberries in brine are “the easiest way to preserve amlas when they are in season,” writes Iyer, in her book Everyday Superfoods. “The tart fruit gets an added salty flavour, which makes it a welcome addition to salads and raitas.” All you need is 250 gms amla, one teaspoon turmeric, and two teaspoons salt. Pressure cook with just enough water to cover the amlas (turn it off when the pressure builds up for the first whistle, so they don’t overcook), and then store in an airtight container covered in the cooking liquid.