You are here: Home / Fitness Tips / The PCOS discourse in India is changing, and it’s about time

For 2021’s Polycystic Ovary Syndrome Awareness Month, India sees a surge in dialogue about women’s health as well as the first summit by PCOS Club India dedicated to the ‘cyster-hood’

When 28-year-old Noor Shukla (name changed to protect privacy) decided to deal with her Polycystic Ovary Syndrome (PCOS), one of her extended family members ushered her to an acquaintance who was an Ayurvedic specialist. Instead of offering empathy and holistic guidance, he told Noor that she was ‘disgusting’, ‘fat’, that she ‘has no shame’, and that she ‘better help herself.’ Eleven months later, Noor tells MetroPlus she is far too traumatised to speak openly about PCOS.

“I had already been to a couple of doctors at that point and I experienced very little empathy or understanding. People do not understand the difficulties of living with PCOS,” she says over the phone from Pune, as she works 14 hours a day as a marketing executive for a food aggregator. This work routine, she says, flared up her PCOS.

In India, PCOS is a tabooed disorder; the discourse around it being more reductive in the past few decades due to its link with infertility. Women who live with the condition feel marginalised and sometimes even secluded when they are called upon to explain the condition, especially during an arranged marriage process.

The pandemic’s impact on women’s health can be best described “as a double-edged sword,” according to Achitha Jacob, founder of Proactive For Her, a digital health clinic geared towards women. Having founded the clinic in August 2020, she saw how the lockdowns had “disproportionately impacted women as they have blurred the lines between work and home.”

Read More | Sexual health under lockdown: answers to questions you’ve been too shy to ask

As PCOS Awareness Month (September) kicks off around the world (with September 1 marked as World PCOS Day), the dialogue around women’s healthcare has shifted in the last 18 months. Most health practitioners noticed an increased accountability on the part of women and other menstruators towards their health.

“The pandemic has forced an introspection over lifestyle habits and how they contribute to health,” avers Achitha. “I find that women are proactively seeking care and are more vocal about their relationship with their doctors. They are unwilling to settle for run-off-the-mill solutions such as weight loss or birth-control pills for PCOS, which are not customised to suit their needs.” 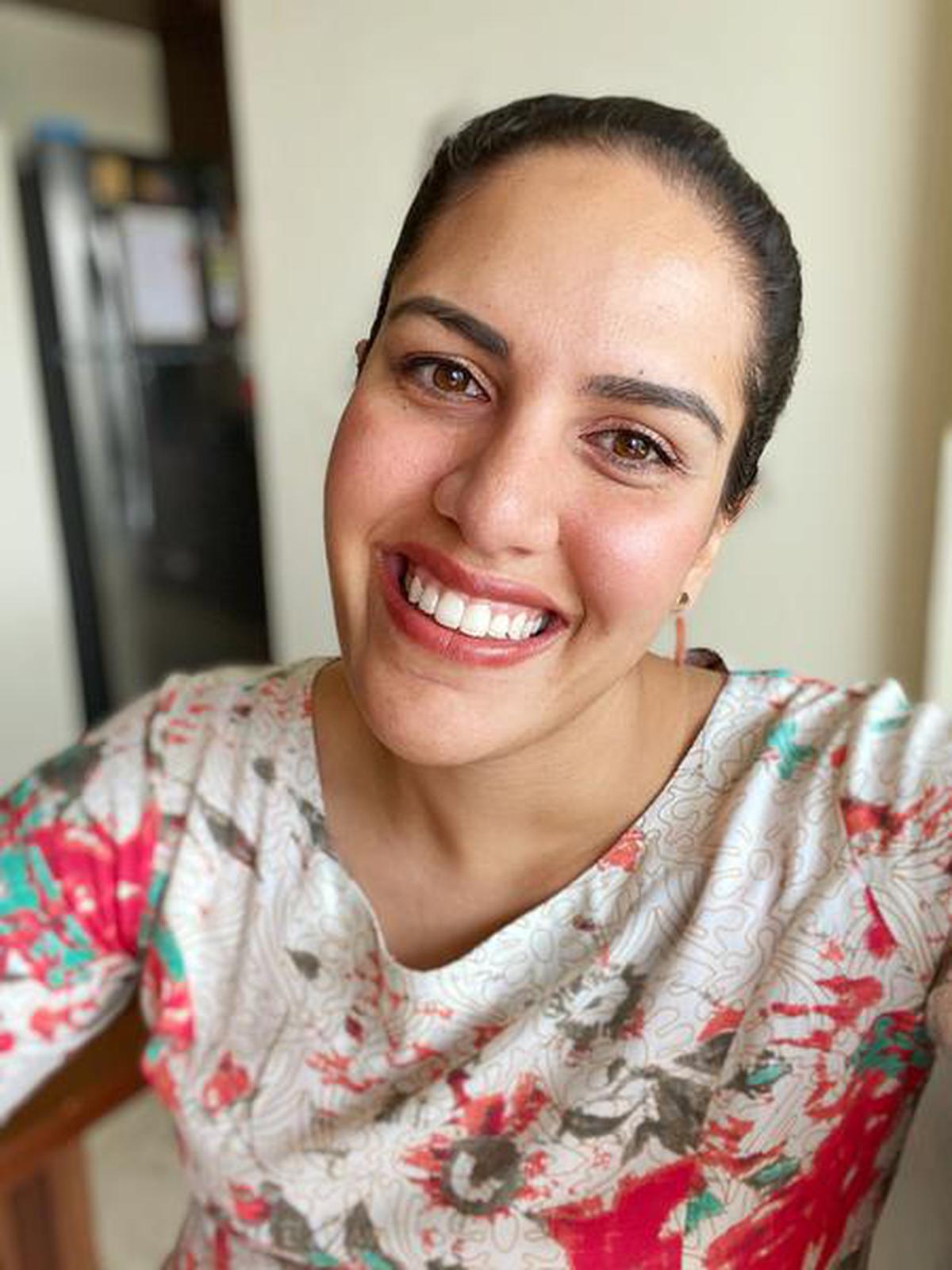 Bengaluru-based Anushree Mahajan, a health and lifestyle coach (@coachnush on Instagram), was diagnosed with PCOS when she was 15. She now works with women in both the western and eastern hemispheres and she notes some of the stark contrasts: “In India, medical professionals are much more likely to recommend dietary and lifestyle changes as a first response to a PCOS diagnosis, than in the United States, but the push for prescription medication like birth control and metformin (the first-line medication for the treatment of type 2 diabetes and insulin resistance) is also less likely as a first response by medical professionals in India.”

The sydrome is often escorted by a range of mental health implications: depression, anxiety and fluctuating moods. “We have seen an increase in demand for tele-consultations with mental health professionals and our long-term PCOS support programme,” Achitha points out. “While we are happy to note that they are prioritising their wellness and are recognising that their burnout will negatively impact their familial equilibrium, there is a pressing need for us to create support structures which enable them to be more proactive about their health. We shouldn’t have to wait for another pandemic before women who have lived with PCOS for over a decade feel comfortable to reach out for help.”

Such support structures have long been missing for thousands of women including Noor.

Read More | The conversation around sexual wellness in India

Anushree elaborates that the mental health issues, “are less discussed and not even associated with PCOS amongst women in India. The focus is more on the physical symptoms that one faces, most significantly, weight gain and the inability to lose it. Hence the focus of healing from PCOS is predominantly all about weight-loss through diet and exercise. As a result, the importance of sleep, stress management, and supplementation are either ignored or not taken into consideration when improving your PCOS symptoms.”

Come one, come all

Because of this fast-shifting discourse, PCOS Club India (@pcosclubindia), founded by Mumbai-based Nidhi Singh in 2019 while she was working for Deloitte, is spearheading India’s first PCOS Summit.

Over the past two years, the community has garnered more than 38,000 members as well as a strong 33,500 following on Instagram. From the get-go, Nidhi wanted PCOS Club India to foster a healthy and safe space for women by teaming up with specialists such as Dr Minni Malhotra, a certified functional medical practitioner based in Texas, USA; Dr Kanika Gupta from Orchid Hospital, New Delhi; and Dr Navneeth Selvan, a senior scientist at Indian Council of Medical Research and founder of Threos Healthcare, Chennai.

The Summit, taking place virtually on September 18 and 19, will comprise various workshops and interactive seminars with doctors and holistic experts. Dr. Kempegowda will speak on the Blue Morpho study, Dr. Sheela Nambiar will chat about how health practitioners can improve PCOS treatment routines, clinical nutritionist Vaibhav Garg will address the link between proteins and PCOS, Dr Piyush Janeja is set to speak on how Cannabidiol may be helpful in some PCOS regimens, and Dr Manvir Bhatia, Vice President of the Indian Sleep Society, will detail the relationship between PCOS and sleep. “We are also having some fun sessions where people can socialise and even dance,” adds Nidhi.

Not wanting to turn the event into a medical convention, Nidhi turned down offers from pharmaceutical companies to sponsor it, choosing instead to partner with doctors who had studied different aspects of PCOS and women’s health over the years.

The increased conversation around PCOS has led to a lot of social media chatter; the hashtags #PCOSIndia, #PCOSIndianDiet, #PCOSIndiaAwareness have hundred of posts each — but not all of said-chatter is legitimate. Instagram, Facebook, Twitter and Clubhouse are choc-a-bloc with pseudoscience and a wave of ‘PCOS influencers’ providing lifestyle tips on how to deal with the disorder. Naturally, this has bred skepticism, as one regimen that works for one woman, may not work for another.

Achitha observes, “There is definitely meaning in people sharing their journeys to spread awareness and social media provides a platform to de-stigmatise health issues like PCOS. One cannot treat what one doesn’t talk about. While all influencers may not be qualified to provide clinical advice, they are able to add value in terms of being vulnerable about their lived experiences.”

The idea of a coach may not appeal to someone grappling with a lifestyle issue. This is why Anushree believes a gynaecologist and a coach can work in symbiosis for the long-term benefit of a patient-client. “If doctors and coaches work together on helping a patient get to where they need to, the likelihood of success is far greater than one or the other,” she insists. “Coaches need the support of medical professionals: firstly, in order to gain the trust of those who might be skeptical of non-medical professionals in assisting them with their diagnosis. Secondly, to become aware of other options besides medication and just doing it all yourself. This will remove a barrier to access.”

This is what Nidhi hopes for: a streamlined dialogue about PCOS from health practitioners in this under-discussed space. She also hopes over the next few months, the greater community learn more about how to better support women struggling with PCOS or be a ‘PCOS companion’.