You are here: Home / Fitness Tips / These senior citizens prove weight training is not just a young man’s game

Meet India’s seniors over 70 who turn heads for their approach to fitness, having taken on a pandemic while bench pressing 80 kilograms

Deadlifting in a Marwari-drape sari sure looks cool, but the reason why octagenarian Kiran Bai from Chennai took up weight training at this age was for a simple, yet integral purpose. For the first time in five years, the 82-year-old could sit down on the floor and get back up by herself.

This need for physical independence is driving a small section of India’s senior citizens to take up weight training; a deadly pandemic putting them in the vulnerable category has only reinforced the need. Tired of her sedentary life, remaining constrained to her home and unable to meet her loved ones, Kiran Bai was not in a great place psychologically until she found a coach in her grandson, Chirag Chordia, partner at Chennai’s Strength System.

“In the beginning of lockdown, my grandmother was saying things like her end was near. She felt she couldn’t do anything but sit with her phone,” narrates Chirag, who is also based in Chennai but lives separately. “At that point, my mother reached out to me asking if I could talk to her, not as a coach but just as a grandson.” What started as conversations over phone calls, turned into a virtual, and, before long, in-person training programme between grandson and grandmother.

Less than four months later, Kiran is now doing full body workouts thrice a week: lifting five kilograms on each hand, doing seated inchworms, resistance band training and squats. But what makes her happiest is that she can now walk four to five lengths of the hall without catching her breath.

In Chandigarh, 76-year-old Tripat Singh is somewhat of a local hero to the fitness community. His workout buddies are 18- to 20-year-old men at Ozi Gym, of which he has been made the brand ambassador after he did 584 push-ups in one go. They spot him as he bench presses 80 kilograms in the mornings from 6 am to 9 am. His dedication and training earned him social media fame this year when cricketer Virat Kohli and actor Anushka Sharma shared his workout videos. He now shares training advice and motivation regularly through his Instagram account that his college-going granddaughter helped set up.

Weight training was not something Tripat got into until he was 64. Still, he had learnt the importance of fitness much earlier in life looking at how diabetes affected his father. “I was with him in his last days. It’s tough when the body is losing the battle at the end. I resolved then to drive this condition out from my family,” he says. Tripat lives with his two sons, daughters-in-law and grandchildren. However, he sounds miffed that none of them share his passion for fitness.

“There is no point sitting at home thinking you are old. Follow whatever form of movement you like. It doesn’t have to be heavy weights, but keep at it,” says Ambika. Before the pandemic, she was a regular at Belaire Health Club, a fitness centre in the city, doing 70 kilograms leg press. 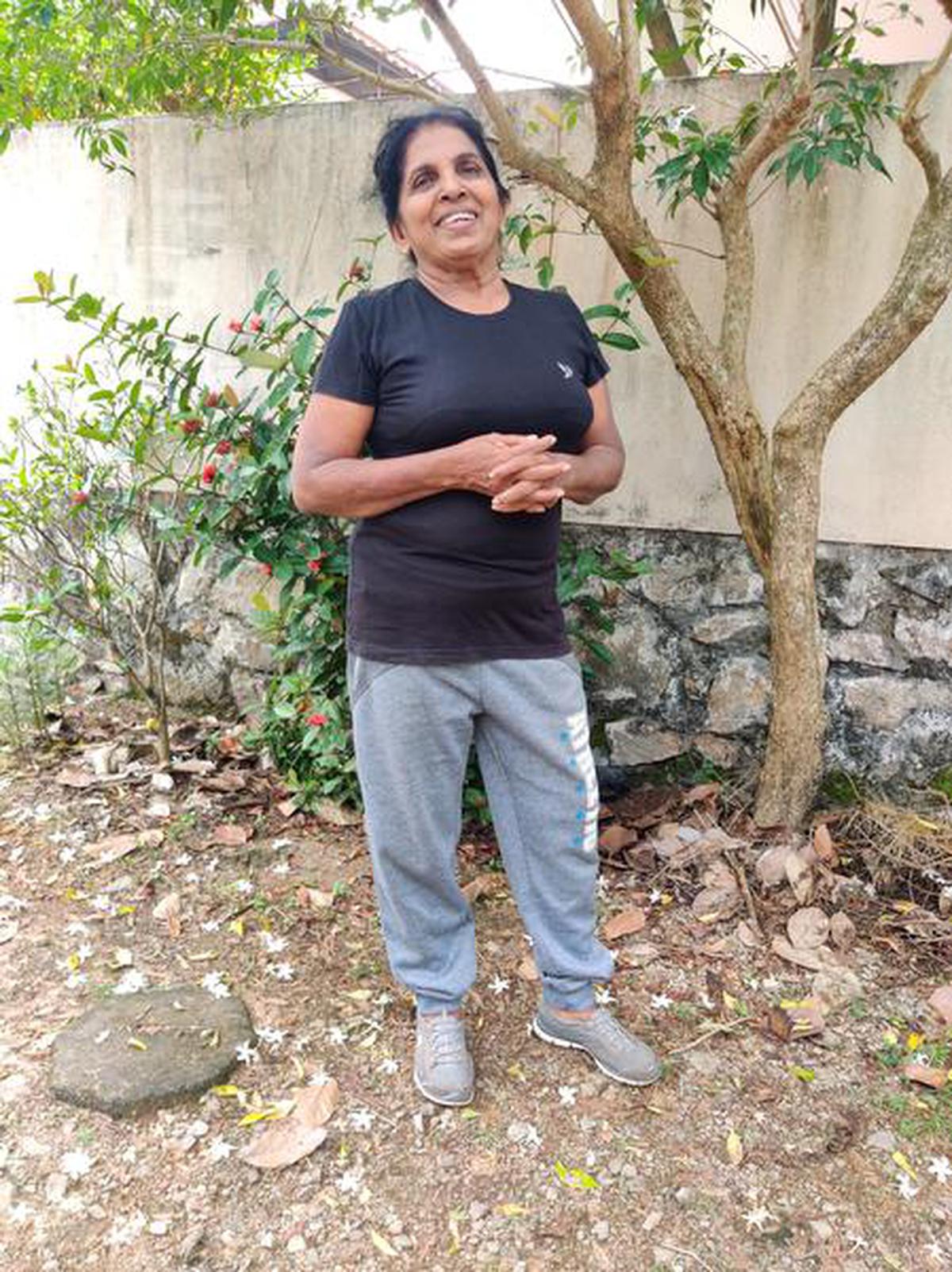 During the pandemic, Ambika Nair from Thiruvananthapuram has taken a break from weight training and shifted to yoga

Her fitness journey is entwined with that of her daughter’s, starting when she gave birth to her and re-starting it over two decades later, when her daughter gave birth to her child. “I first started yoga classes to lose weight after my pregnancy,” says Ambika, explaining that “in those days (1969), it wasn’t common for women to go to gyms” and that yoga was more acceptable. “Then, 18 years ago, after my daughter gave birth, I went with her to the gym to support her as she tried losing the pregnancy weight. My daughter eventually stopped going, but I continued,” she says.

When Tripat started lifting in the gym, his family wasn’t too happy: “They told me this isn’t the right age. They asked ‘What if something happens to your joints?’ But thankfully I had always been active, so there were no major problems.”

His story is true of many senior citizens in this country since lifting weights is considered a young person’s game. Gentler cardio routines such as jogging, aerobic exercises, chair yoga and pilates are more common among seniors. “I took up running 12 years ago and that did make me fitter. I ran full marathons in Delhi, Gurugram, Chandigarh, Shimla and so on. But still, my paunch remained until I started lifting,” Tripat says.

Chirag has been a strong advocate of progressive resistance training for seniors. “No matter how old you are, your bones and muscles are still living tissue. By progressively challenging it, in a way that works for you, resistance training can get you strong enough and truly be functional,” he writes in an Instagram post. In November, he announced ‘GrannyGang’, a one-week free trial of at-home workouts for older adults.

“Train at an intensity that feels right for you rather than doing too much too soon. Consistency is most important. Train so that you at least have the base strength to do your daily activities,” he says. For instance, his grandmother lifts and moves half a bucket of water when she is bathing, which is about 8-10 kgs. In his initial conversations with his clients, if Chirag finds out that they need medical attention, he makes sure that they have a clearance to train from their doctors. “You have to find out what everyone’s starting point is, and then build a training programme around that, not the other way around,” he says.

The movement Kiran Bai undertakes now reminds her of her youth: milking cows, pulling water from the well and grinding flour. In most cases, a tendency towards movement and fitness in your 20s helps in getting back in shape later in life as well.

Ambika, too, says she has always been fairly active; one of her favourite sports was playing basketball with her family. “Most of my peers complain of knee or arm pain which I never had because of the workouts. I have also never felt the need for househelp,” she says.

It doesn’t matter how sedentary your career has been, points out Tripat. “Even ten minutes of workout is important in opening up your body. Our bodies were not made for just sitting idle. If you do, they will degrade eventually.”